About the village Game

Since 1998, we provide targeted support for step by step development of the sub-project of the Children of game. The village lies in Game Togo (West Africa) and has in settlements spread over 4000 population.

Overview of the village: 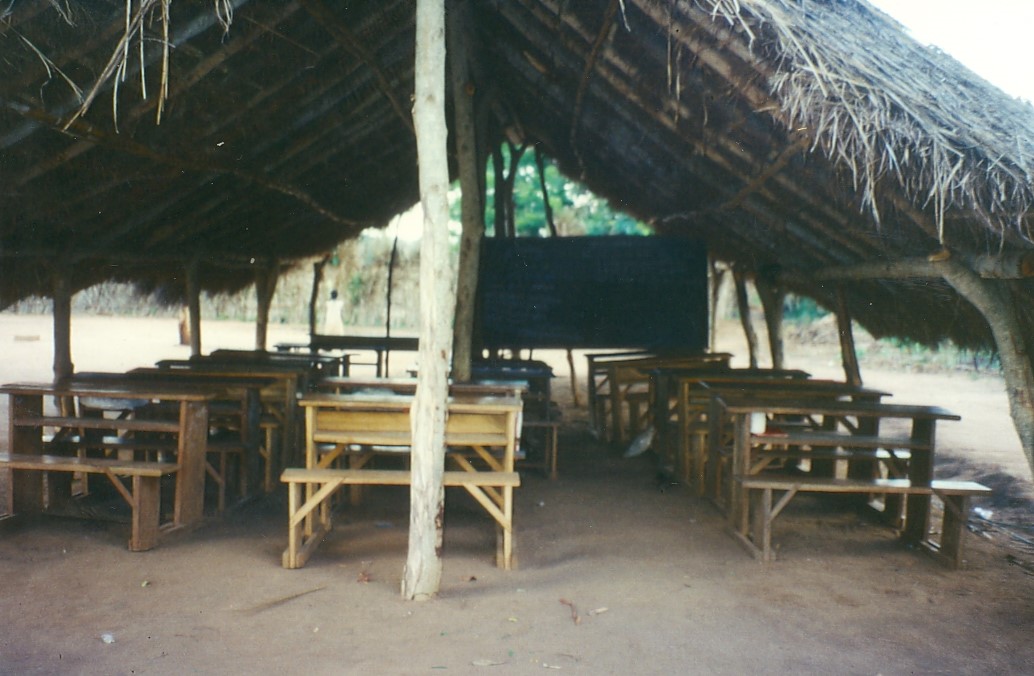 That was the old school game from 1992

Togo is located in western Africa on the Gulf of Guinea, which is a natural border in the south. In the west, bordering Ghana to Togo, Benin to the east and to the north by Burkina Faso.

The name of Togo is the equal-namigen place Togo (today Togo Ville on Lake Togo) derived. "To" in the language of the Ewe lake and "Go" means the banks. The official languages are French, Ewe (in the south) and Kabye. Spoken about 40 other dialects. The people of the Ewe accounts for about 50% of the population, smaller groups and Hausa Fulani form and Kotokoli, Momba, Tchokossi, Gourma etc .. Half of the population are followers of traditional religions, one third of Christians and Muslims about twelve percent. The country is divided into 5 regions with 22 prefectures. Are interesting for tourists the many good swimming and water sports along the coast. There are water sports fans their money's worth. Just as enthusiastic tourists from the abundant wildlife will be, which can be admired in the steppes and savannas, in and along rivers. In addition to these safaris dense tropical forests also offer attractive opportunities for nature lovers.

For the six million inhabitants of Togo, there are 346 physicians, including in Lomé alone 201. Only 53% of people have access to clean drinking water. 43.75% of the population is younger than 15 years. The infant mortality rate is high: 14% of children die before they are five years old. 25% of children are malnourished. There are about 88,000 AIDS orphans. At least 79% of children are enrolled in the countryside but significantly less. The residence time is, however, often only one or two years.

Brief outline of the History of Togo

End of the 15th century the Portuguese discovered Togo. The area remained until the 19th century, one of the main export areas of slaves. Before 1884 German colony of Togo (reserve) was it was in the sphere of influence of the adjacent Ashanti and Dahomey.

1960, the western part of the territory became independent as Ghana and was English-speaking, while the eastern to the French-speaking Togolese Republic. The border also separated the south

The tropical-humid climate change is characterized by two rainy periods April to June and September to October in the south and one to September in the north, where the rest of the year wafts of June, the dry and dusty desert wind from the Sahara.

The road network of the country totaling 7250 km is attached to one third. The rail network is 517 km. Togo has two airports (Lomé and Niamtougou) as well as a deep-water port.

The country's economy is dominated by agriculture 45%, services 37% and 21% of the industry. The urbanization of the country is given as 31%.